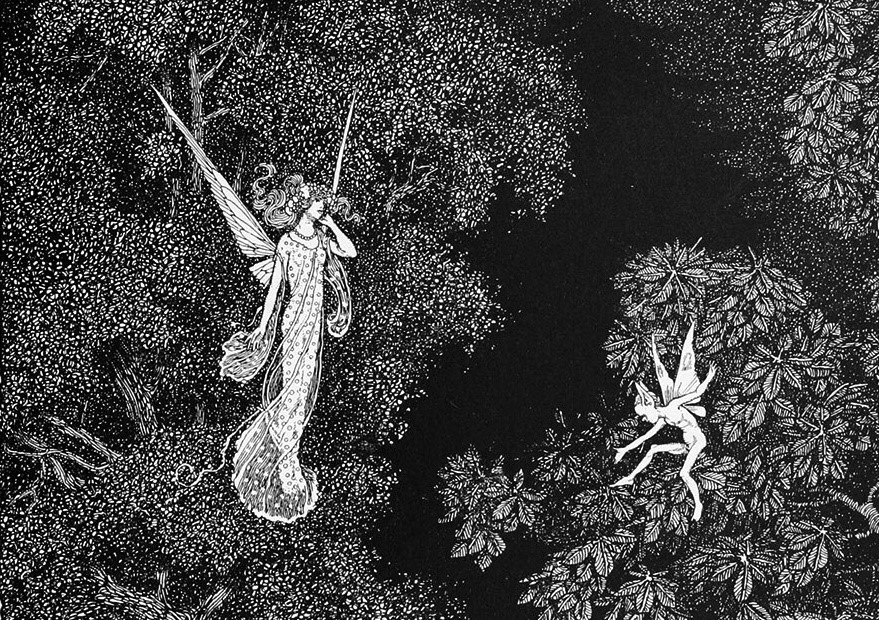 Where Did This Come From?

by Rita King June 27, 2017
Blog
[photo_box title=”Where Did This Come From?” image=”2420″]Data! Whither Wander You? We’d like to know the source of the data we use for analytics. And, if we don’t have authoritative provenance, we risk being confused[/photo_box]

Where Did This Come From?

Data!  Whither Wander You?

The illustration shows opening moments of Act 2 in Shakespeare’s Midsummer Night’s Dream. Shakespeare wrote the play in 1595, so we can be sure he wasn’t thinking about the Internet of Things. But an IoT systems architect could learn a lot from the play.

There are four different plots tangled tightly together in this comedy.

Like the characters in the play, they don’t realize how their actions are influencing other silos. That’s the main source of humor in the play, but it is rarely funny in corporate life.

Another plot device in the play is magical tricksters. They mimic the voices of mortals to confuse them, and lead them astray. Confusion reigns over where the voices are coming from and who is really speaking.

In IoT terms, this is a problem of data provenance.

We’d like to know the source of the data we use for analytics. And, if we don’t have authoritative provenance, we risk being confused, like Puck’s victims.

A leading thinker on data provenance is Harry Markowitz, the Nobel Prize winner. He knows as much about modeling, simulation and analysis as anyone alive today. Harry is on the board of Probability Management, the sponsor of the open SIPMATH™ data standard. Harry is one of the reasons this open data standard includes “provenance.” That’s because he knows how critical it is (http://probabilitymanagement.org/standards.html ).

Harry is fond of quoting Shakespeare, so no doubt he understands all the mischief Puck causes by misattribution and ambiguity. Some scholars claim Puck represents the devil, who is the father of lies.

But, you don’t have to be a literate student to grasp how critical the chain of custody is for confident, transparent decisions. Without this chain of custody, IoT prediction and prescription are nearly impossible.

The characters in the illustration are Puck and an important fairy. Puck asks, “How now, spirit! Whither wander you?” In modern English, Puck might say, “Hello!  Where have you been?” And, the Fairy answers;

‘Over hill, over dale,

Over park, over pale,

I do wander everywhere, … ‘

Believe it or not, Shakespeare wasn’t thinking of the tortured path for IoT data, from the network edge to a data lake. But it does sound a lot like the route from data creation to the cloud, doesn’t it?

We need to be able to ask our data, “Whither have you wandered”.

Of course, Lone Star’s IoT environment addresses all the issues of provenance, chain of custody, and putting powerful IoT analytics at the edge.

So, for powerful IoT analytics, do three things;

Or, go to a couple of Shakespeare plays and think about IoT solutions architecture.

Lone Star provides powerful solutions that improve operations. We serve industrial markets, aerospace & defense, oil & gas, transportation & logistics, and the public sector. Our analytics products and technology-enabled services are proven; we deliver the right answer for your operational needs. We are committed to generating improved operational and financial performance through accurate and actionable answers to our client’s most critical business challenges. Our reputation is built on creating lasting value for our clients. Headquartered in Dallas, Texas, Lone Star is found on the web at http://www.Lone-Star.com.