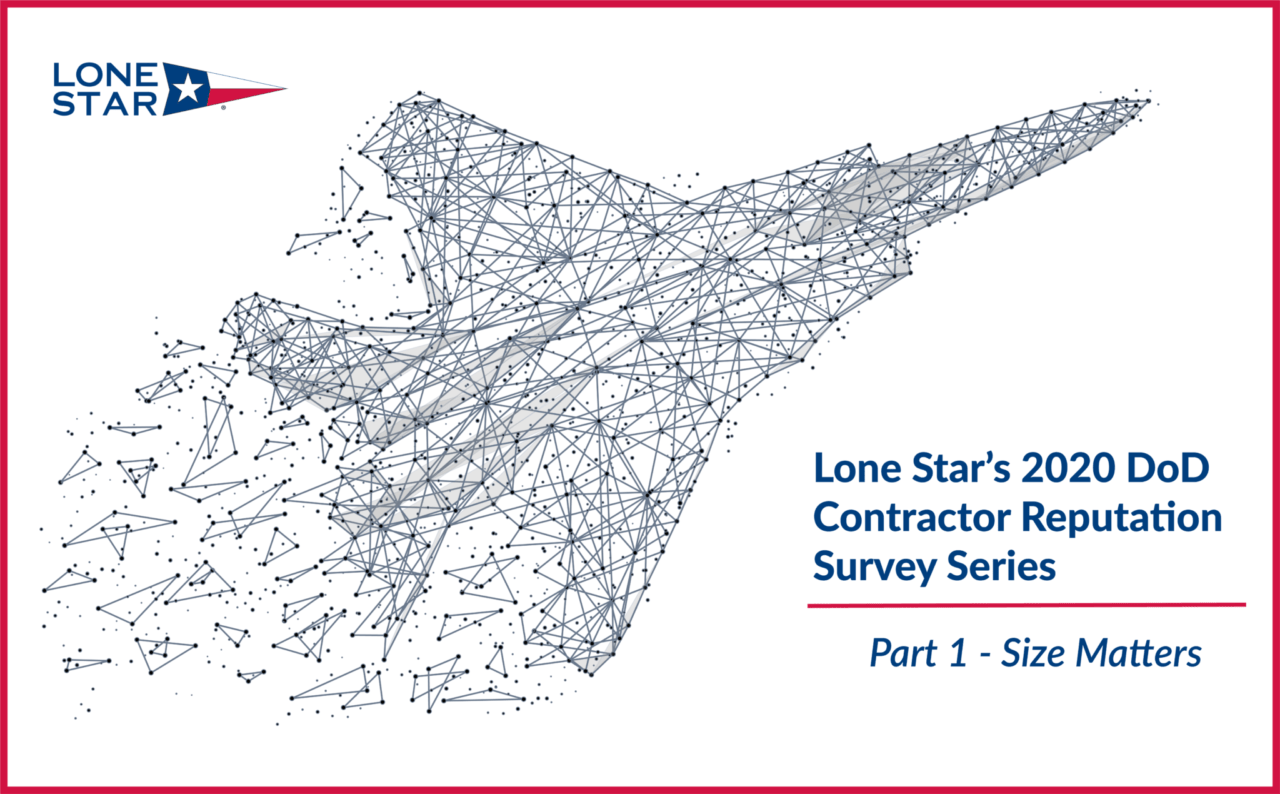 Lone Star’s 2020 DoD contractor reputation survey generated interesting findings, reflecting the changes and challenges of the industry. This article is the first in a series on those findings, focusing on how changes among the largest contractors have shifted marketplace perceptions.

For more than a decade, Lone Star Analysis has conducted reputation surveys as part of our data collection analytics work. We took over this work from a predecessor firm, so the work dates back to 2002. Surveys have been conducted every 2 – 4 years, with the goal of understanding long term trends. Generally reputations change slowly. 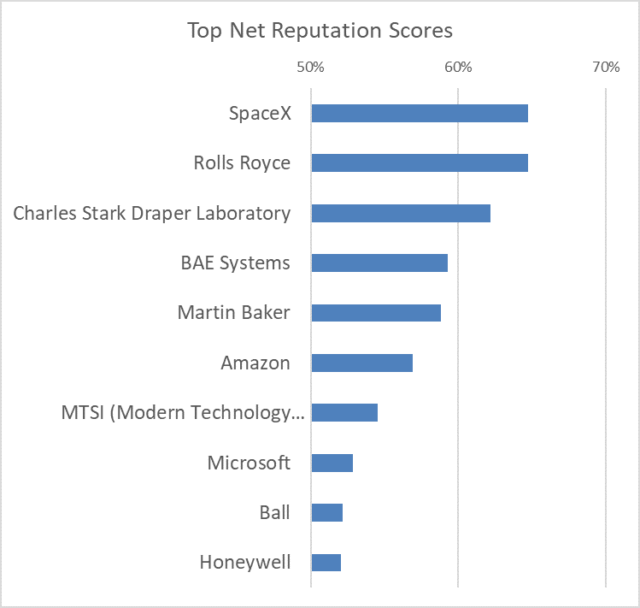 For the first time, only one major firm is among the top ten brands for Aerospace and Defense firms.  BAE Systems. BAE Systems was number eight in terms of total contracts won for FY19, but the firm was best among the major primes, and number four overall according to our respondents. BAE had not been among the top 10 firms in prior surveys. This is an impressive rise.

Only four of the top 100 contractors are among our top 10. In addition to BAE, Honeywell is number 34 in terms of DoD dollars in FY19, and Rolls Royce is number 37, Charles Stark Draper Labs is number 77 in DoD funding.

MTSI, a regional favorite may not be familiar to all our readers but are held in high esteem by those who know them.

Preference for smaller firms is a strong feature of this polling over many years.  This is reflected in several ways.

For 2020, the trend is more pronounced than any time in the last decade. Large firm reputations are slipping compared to smaller firms. So it seems that when it comes to DoD contractor reputation, size matters.

An exception to this size vs. reputation trend is seen in L3Harris and Raytheon Technologies. Both of these firms seem to have benefited somewhat by their mergers since our last survey.

L3Harris ranks second on our long-term list of major primes.[1] This is higher than either Harris or L3 had been in the past.

The new Raytheon Technologies is number five[2] in our comparison of major primes.  This is higher than Raytheon has generally placed in the past. While UTC tended to rank well, the new firm seems slightly above the average of the predecessor firms.

Respondents consistently say they prefer smaller firms, and this preference is seen in every measure we can test.

Size seems to hurt a company’s ability to keep customers and partners happy. Can it be that a merger or restructuring (as seen in L3Harris) can beat the odds?

BAE’s rise to the top 10 is impressive, and even more so when all other major firms have fallen off this list.

[1] Third of major primes in 2020, behind Huntington Ingalls. HII has not been a brand we have consistently tested, so long term comparisons with HII are impossible.

[2] Or number 6, depending on scoring technique