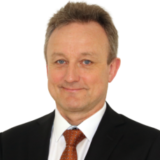 “The work we did with the Norwegian government to support the integration of the Joint Strike Missile was a great introduction to the region,” said Steve Roemerman, CEO and chairman, of Lone Star Analysis. “Through that partnership, we realized the importance of establishing Norway as a permanent location for our business.”

The Norwegian office will focus its offerings on solutions within the System Engineering and Integration, and Operational Optimization lines of business. Serving The Norwegian Ministry of Defence and expanding offerings such as carriage integration, fleet management, and MRO management is a top priority for Lone Star’s latest subsidiary.

The new firm is led by Egil Strømsvåg, a Norwegian air force veteran, who brings invaluable knowledge of the F-35 Air System program to the team. His experience combined with Lone Star’s previous work will prime Lone Star for introduction to the F-35 community.

“Having worked with Lone Star in the past, I have a unique perspective of how the team operates and deploys solutions,” said Strømsvåg, Managing Director, Lone Star Analysis AS. “I look forward to establishing Lone Star as a key player in the region and nurturing existing connections.”

With 40 years of military and engineering experience, Strømsvåg has held many prestigious roles including technician in the Norwegian Air Force and Program Manager for F-16 upgrades. He also served as an active member of the Royal Norwegian Air Force, where he deployed with F-16 squadrons and the Norwegian C-130, providing him with an extensive military background. Because of his long history of work with Northern Europe military organizations, he is well-positioned to help the new location support European customers and form relationships within this market.

To learn more about Lone Star Analysis AS, visit https://www.lone-star.no/.

Complex business challenges come with high degrees of uncertainty that are difficult to solve. So why not make informed business decisions guided by easy-to-use software? Learn more about TruNavigator.