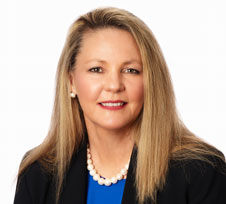 “I’m honored to serve as the awards chairperson for the precision strike community,” said Laurie. “It’s a lot of work, but it’s worth it. I get the opportunity to meet many individuals in the precision strike arena. These very important people have made significant contributions to the warfighter, and I’m grateful to be part of recognizing their accomplishments.”

Cummins has overseen the process for the Johnson Award for the last two years. Due to her success, NDIA has asked her to lead the awards process for the Perry Award, making her the official awards chairperson of the IPW division for the 2022 year. In this role, Cummins is responsible for sending out a call for submissions, reviewing nominations alongside the IPW Nominating Committee and a distinguished jury of previous winners, industry, government and military members, and making a final selection.

Complex business challenges come with high degrees of uncertainty that are difficult to solve. So why not make informed business decisions guided by easy-to-use software? Learn more about TruNavigator.