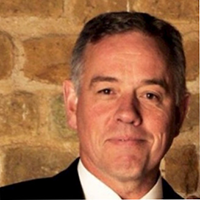 Robin authored an on-line e-learning CRM packaged for the International Well Control Forum (IWCF), has spoken at multiple conferences on the effectiveness of CRM within the off-shore work environment, and was shortlisted by the Energy Institute in 2020 for his pioneering CRM program.

Before his work in the private sector, Robin completed a 32-year career in the RAF as a fighter pilot, senior executive officer, and diplomat. His flying career involved six tours of duty as a pilot on the Harrier jet and an exchange tour with the USN flying FA18s. During his time flying, Robin saw two operational deployments flying over N Iraq, deployed to HMS Ark Royal, Norway, and many Cold War dispersed flying sites throughout former West Germany. He became the Harrier Force’s top weapons instructor before taking the role of Officer Commanding Harrier Operations.

During this time, Robin saw the deployment and recovery of the Harrier Force to Iraq, Jordan, and Afghanistan and a 6-month operational tour of duty with the USAF based out of Al Udeid Qatar running the Strategic Air Planning cell for operations in Iraq and Afghanistan. Interspersed with his flying duties, he completed postings within the Defence Intelligence and the Air Staff and conducted two operational audits on behalf of the Secretary of State for Defence. His final posting saw Robin complete a 3-year tour as one of the Air Attaches in Washington DC.